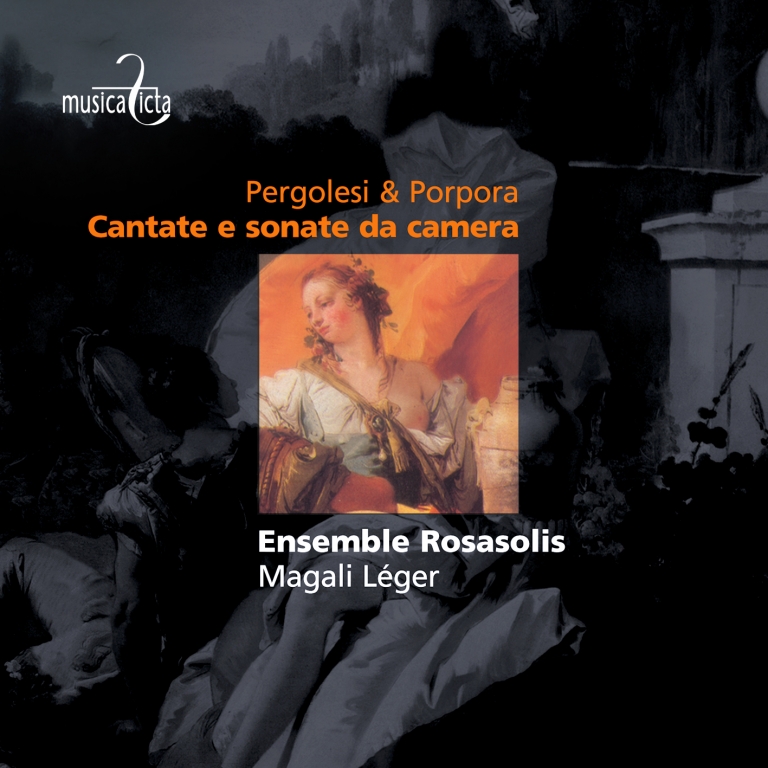 Giovanni Battista Pergolesi is unquestionably one of the most fascinating personalities of the 18th century. While his life remains generally shrouded in mystery, his name and his works have so intrigued later generations that he has become a truly legendary figure.
The three cantatas for soprano, strings and basso continuo presented here appear, along with a fourth for alto, in an elegant collection published around 1736. This was a posthumous compilation of works composed during the Neapolitan composer’s all-too-brief career. They all exhibit the new pre-galant manner characteristic of the latest Neapolitan music of the time, while remaining close to the baroque style with their dense harmonic language and expressive melodic lines.
Pergolesi’s extraordinary popularity only a few years after his death coincided with a considerable craze for the Neapolitan school in most of the European courts. From the 1740s, Neapolitan music became the benchmark and model. Nicola Antonio Porpora in all probability played, along with many others, an important role in this growing recognition. His instrumental works, few in number, include some chamber sinfonie.