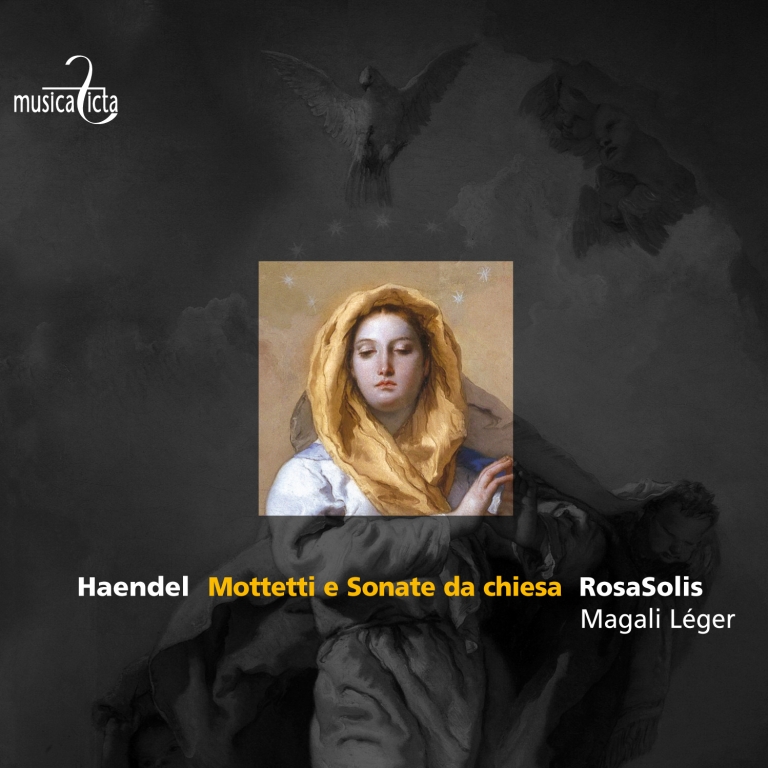 During his time in Italy between 1706 and 1710, Handel’s talent soon earned him the patronage of important dignitaries and well-known patrons of the arts, such as Cardinals Ottoboni and Pamphili, and above all Francesco Ruspoli, Prince of Cerveteri. For these he wrote numerous cantatas which he would later draw on as source material for his operas, as well as several motets for solo voice and strings.

The present recording features three of the most beautiful motets of that period, including the much-discussed Gloria very recently attributed to Handel. Alternating with these vocal pieces, well served by the talents of soprano Magali Léger, the ensemble RosaSolis perform two trio sonatas of Italian inspiration: these may have been written during Handel’s time in Italy, when he was privileged to meet Corelli, the unchallenged master of the genre.