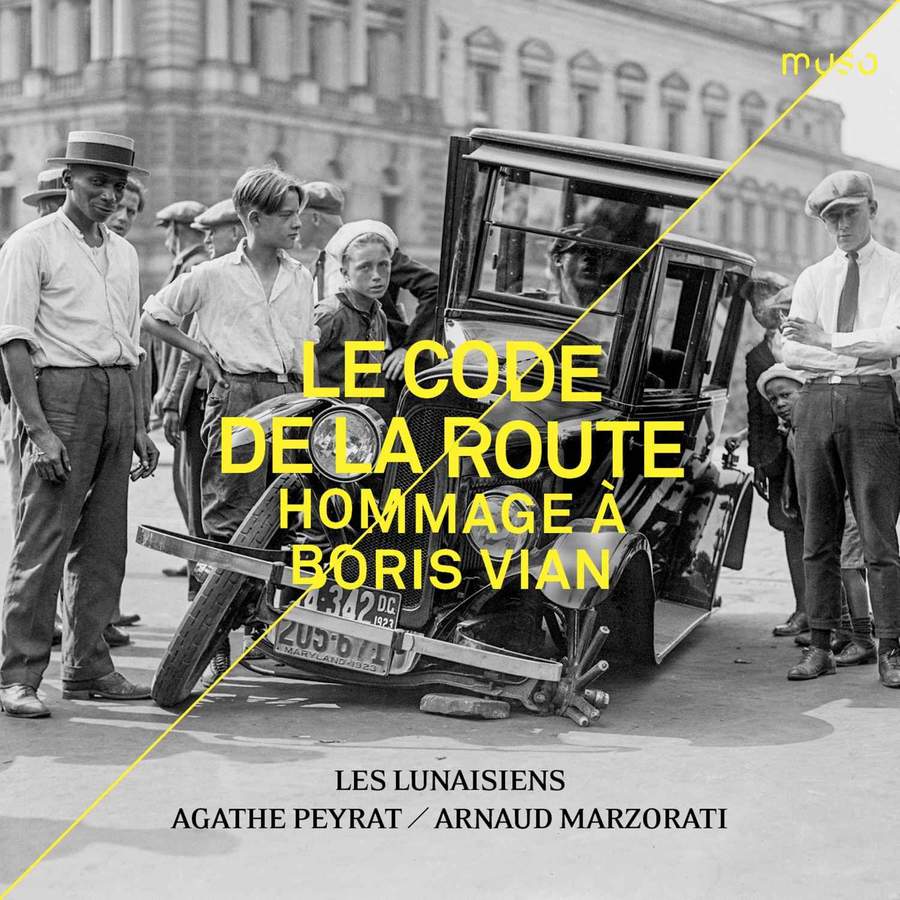 Boris Vian, from 1953, was named "satrap" and "Promoter insignia of the order of the great gidouille" at the College of 'Pataphysics. he will readily quote the founding master of this science, Alfred Jarry, with the following definition: "Pataphysics is the science of imaginary solutions" ... An imaginary drunk with freedom, revealed in the lullaby of Petit Lauriston where the " merdre ”and the“ gidouille ”are luminous like esoteric lighthouses. with this art of the absurd, libertarian and regenerating, the columnist of En avant la zizique also composes, like the poet Charles Cros, simple stories "to anger the serious people". The pataphysician gesture, he will have it from the moment he meets his pen friend raymond Queneau with whom he dreamed of putting into songs the whole work of root ... What an exercise in style, if they had put in " tubes ”(the very notion of“ tube ”was invented by Vian) of Alexandrines“ grand siècle ”. but Boris Vian moves away from the grandiose style and makes his mark with the repertoire of "Caf’Conc" and the Black Cat. his classics are Théresa and La Femme à barbe, Paul Delmet and Les Petits pavés, which he quotes in the Rock des petits pebbles. with comrade Henri Salvador, he wonders about pataphysician art but in good "Zazous" that they were, they affirm that there is nothing to say on this "metaphysics of physics". Pataphysics cannot be explained, it is lived.

For this tribute to Vian disc, we have chosen to honor the favorite instrument of its 20 years: the trumpet. around the latter, double bass, accordion, bandoneon and ukulele jubilant and revisit standards sometimes forgotten. For the voices, one is feminine, warm and lyrical, since the majestic composition of certain pieces requires incredible flights like in the Cantata of the boxes or Envole-toi. The other is male, but it’s not Boris’s who also took singing lessons ...! we will not bring him back from hell - he who did not want to be in Heaven - to sing with us. shit!