Italian Arias at the Court of Louis XIII

At the beginning of the 17th century, Italy was the absolute benchmark for the arts. Every painter, musician or architect worthy of the name had to go to the peninsula at least once in order to perfect his art and, above all, to obtain the recognition of his peers. Conversely, Italian masters willingly left their homeland to enter the service of Europe’s most important kings, princes, wealthy burghers and churchmen. Moreover, ever since the Renaissance learning Italian had been part of the education of men and women of ‘quality’, in other words the aristocracy. Musicians were particularly affected by this transalpine influence. Even in France, whose monarchs were keen to see the national style developed, Italians had a strong presence – as much for artistic as for political reasons. Italian music could not be ignored, and French composers and editors, aware of the enthusiasm for it, included airs in Italian in a number of collections published by Robert Ballard, who at that time held a royal privilege to print music.

The present concert evokes a view of Italy as seen through French eyes. 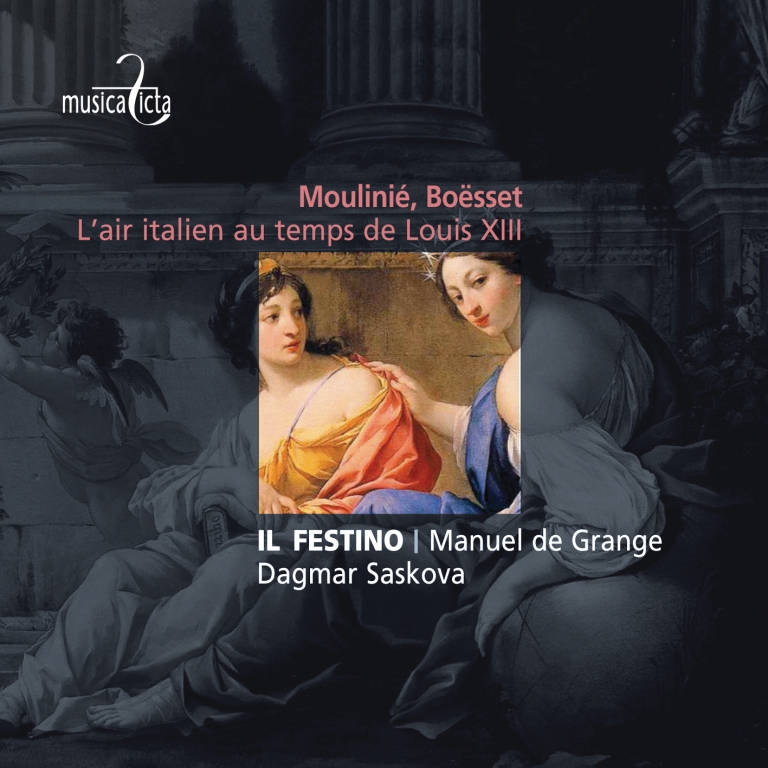 The collections of airs published in France by Ballard between 1608 and 1643 contain 17 airs on Italian words, of which six are in the polyphonic collections, six are for voice with lute tablature and five for voice with guitar tablature. Taking account of variants and different versions, polyphonic or monodic, of the same pieces, we are left with ten texts – a rather insignificant group amid a repertoire of over 2,000 French airs. The present recording manages to include all these ten texts, thereby presenting almost all the Italian airs published by French composers during Louis XIII’s reign. The musicians of Il Festino have interspersed these airs with a number of instrumental pieces and songs to Spanish texts of the same period. All the Italian airs are by three of the foremost French composers of the time, each of whom moved in court and salon circles.