Trio Zadig has won eleven international prizes and captivates audiences with its virtuosity, elegance and irresistible enthusiasm. Trio Zadig draws its strength and authenticity from friendship. Boris Borgolotto and Marc Girard Garcia, true childhood friends, studied together at the Conservatoire National Supérieur de Paris, then at the University of Music in Vienna. On their return to France, their path crossed that of Ian Barber, an American pianist who had studied with André Watts at Indiana University. They immediately hit it off and decided to combine their talents to found Trio Zadig.

The name of the trio was chosen after Voltaire's eponymous character Zadig (from the Hebrew 'the just' and the Arabic 'the true'). The energy and youthfulness with which the trio performs chamber music is similar to Zadig's adventures, which are by turns amusing and serious, but always captivating.

The success of Trio Zadig was not long in coming. In just a few years, it has won numerous awards, including the 1st Prize in the Fnapec Competition - in the footsteps of renowned ensembles such as the Quatuor Ysaÿe, the Quatuor Ebène and the Trio Wanderer - and the 2nd Prize in the Fischoff Competition in the USA. He is currently resident "associate artist" at the Queen Elisabeth Chapel, and is also resident at the Singer-Polignac Foundation in Paris and at the Académie musicale de Villecroze.

Trio Zadig now performs all over the world, from the United States to Taiwan, in prestigious venues such as BOZAR in Brussels, the Shanghai City Theater, the Eslite Hall in Taipei, the Bridgewater Hall in Manchester, the Concertgebouw in Amsterdam, the Philharmonie in Paris... It also makes its solo debut with orchestra at Walt Disney Hall in Los Angeles and with the Brussels Philharmonic Orchestra in Salle Flagey. At the same time, the Trio met great artists who contributed to the development of its musical expression, in particular Menahem Pressler and Alfred Brendel.

Following its acclaimed debut, the Trio is broadcast on Mezzo TV and Culturebox/France TV, and it becomes the guest of numerous radio programmes: France Musique, France Inter, Musiq'3 RTBF, RTS2 all welcome the ensemble on their airwaves.

Trio Zadig already has three records to its credit, "Something in Between", "Les Saisons" and "Orpheus", which have received awards such as the four f's (ffff) Télérama, "coup de coeur" Classica and Figaro and "disc of the day" France Musique.

The ensemble also continues to be involved in humanitarian and social projects, notably by giving concerts in schools and detention centres.

Full of freshness and audacity, Trio Zadig brings new vitality to the trio repertoire, from Haydn to the composers of our time. The depth and sincerity of their interpretation, their sometimes poetic and sometimes dazzling playing, make them the author of remarkable performances. Like Voltaire's hero, the life of Trio Zadig promises to be long and full of adventure.

In 2023, Trio Zadig will premiere the triple concerto by composer Benjamin Attahir. 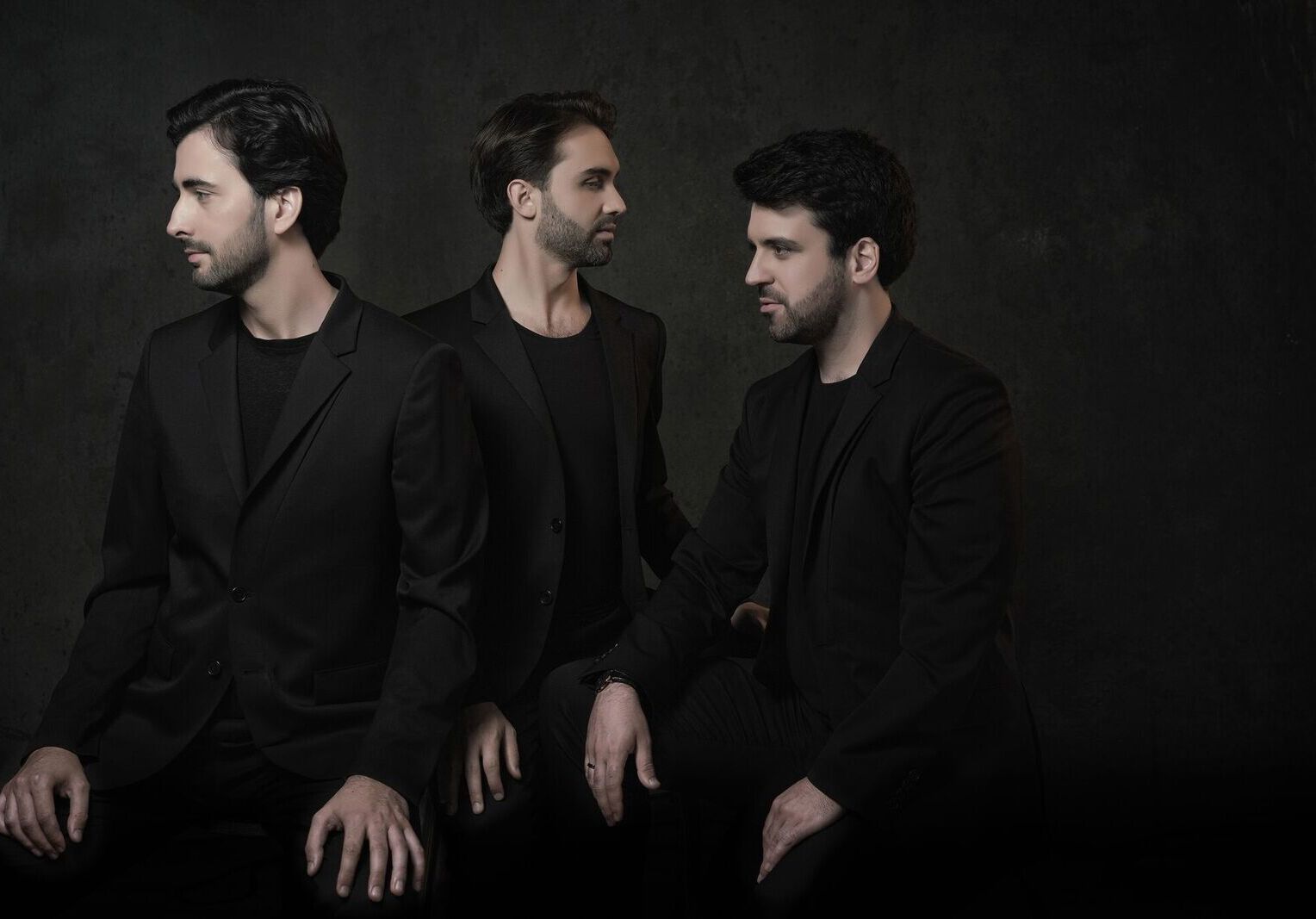