Around the Musical Offering, BWV 1079

«RJCERCAR: Regis Jussu Cantio Et Reliqua Canonicae Arte Resoluta»
Piece produced by order of the king and other pieces gresolus according to the art of the canon on the royal theme by Frederick II of Prussia
2 Ricercar,
9 canons and 1 fugue
1 sonata sopr'il soggeto Reale a traversa, violin and continuo

Offrande musicale fascinates the great public that the intimidating actor has made the complexity of counterpoint sound. Jean-Luc Ho et le Petit Trianon after many collaborations, I will be able to approach the monument of the baroque music that is used to make it an expressive character.
In fact, the new ones are the first record of the Boismortier, Le Petit Trianon, which is dedicated to the hard work of exaggerated dynamics, from various instrumental variations and sound that is useful to them.

Passionnés by Bach, the musicians where I imagined the program in the spirit of spirit.
Alternatively, the pièces between Silbermann's piano sound and harpsichord, mixing the different fabrics from the instruments of the "famille des violes" (ténor, basse et violone) helped to exalter the almost mystical atmosphere and to create a spectacular nature. The work is designed to build a series of canonical variations of a unique thème, which the Leipzig singer composes referring to the construction principles dating back to the Renaissance, just like the base le style moderne but in his revêtant de contenus anciens.

Following the Offrande Musicale - synthèse des styles anciens et modernes - the instrumentarium choices also allow you to pick up some of the time you met the work at the center of an important tournament in the history of music, embedded for the visit of the old Jean-Sébastien after his son Carl Philipp Emanuel, master of chapelle du Roi Frédéric II of Prussia in 1747 to Berlin.

The viola da gamba represents centuries of music that inspired Bach, where consort and counterpoint are kings, while the pianoforte - by its timbre and nuances - show us the beginnings of sound, phrasing and style that will inspire his CPE Bach son and many composers during the next century. A sonata by Carl Philipp Emanuel will complete the program.

After a premiere residence of the composer (Olivier et Jean-Luc in the work of flute and clavier) at the Bach Festival in Combrailles in 2018, the Royaumont abbey heard its doors to Petit Trianon and devoured him to the creation of ce nouveau 2019 program. 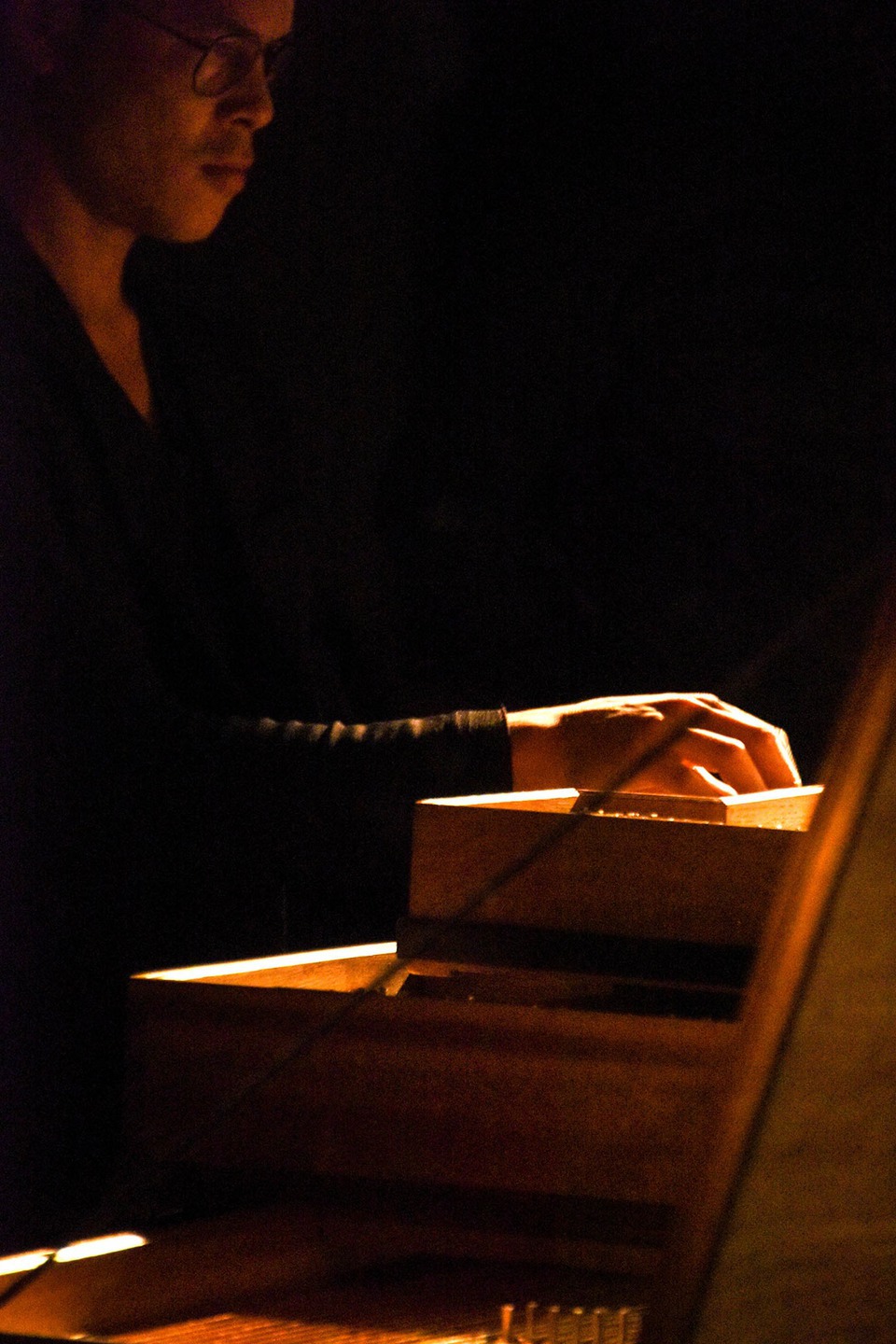