"The Seasons" is a Suite composed of 12 pieces, each of them representing a month of the year. Those twelve pieces are transcribed here for piano trio. Each piece is accompanied by a poetic epigraph recited by a comedian, Stéphane Varupenne, of the French Comedy.

The Zadig Trio with the comedian Stéphane Varupenne, member of the French Comedy, take a look at Piotr Tchaïkovsky's cycle The Seasons. undoubtedly the most popular work of the Russian composer, who offers an album leaf for each month of the year. The world of childhood and its heady nostalgic fragrance - which is reminiscent of Grieg's Lyric Pieces or Schumann's Album for the Young - reigns over these sketches with the subtitles "At the Fireside", "Barcarolle", "The Hunt", "Autumn song" or "Troika".

These twelve pieces have more depth than we say, and offering the entire cycle confers a real meaning to its creation. Each piece has an originality, a Schumannian side, an imagination that never ceases to renew itself. The poetry, the harmonic subtlety, the rhythmic speed and the choreography create a diversity that goes beyond the slightly anecdotal aspect of the writing.

The Zadig Trio considers this cycle as one of Tchaikovsky's major works. We add the narrative aspect of the tale, recited here by Stéphane Varupenne, each piece seeming to start with "Once upon a time ..." 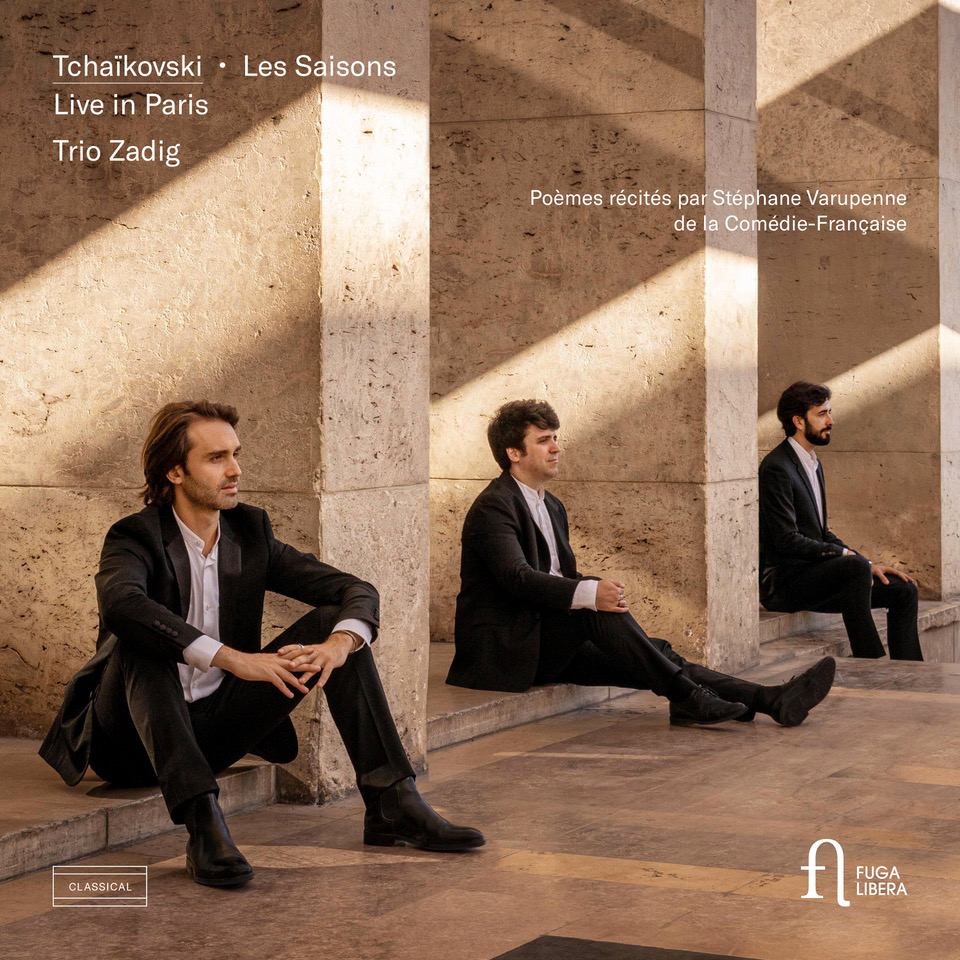